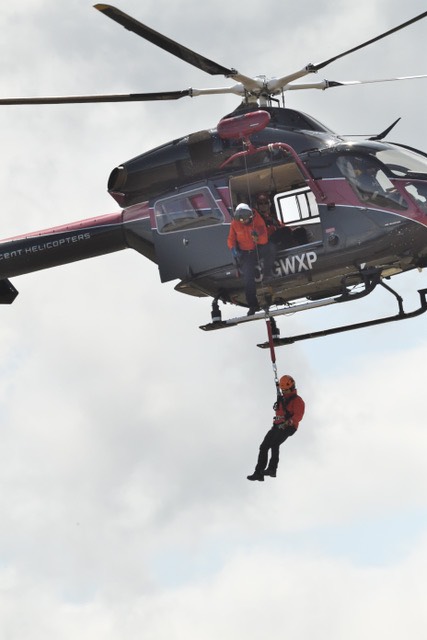 If you are one of the lucky ones, you know what it is like to be loved by Janet. A fiercely strong, courageous, kind and compassionate human who has positively impacted the lives of more people than she can possibly imagine. Now it’s time to return that love and positive impact right back to her.

Janet has been diagnosed with breast cancer and will be starting chemo in January for 5-6 months. The cancer doesn’t appear to have spread beyond her left breast and left axilla lymph nodes, and it’s one of the “treatable” tumours. Her doctor says this is incredibly good news. The last month has been a blur of tests, imaging, biopsies, and medical appointments, but Janet’s physicians are quickly moving ahead with a treatment plan and for that we are all grateful.

Janet has spent years serving the communities of Nanaimo, Courtenay, Comox Valley, Mt Cain and Mt Washington through tireless volunteer service. She is a member of both Nanaimo and Comox Valley Ground Search and Rescue, where she holds roles as a K9 handler, HOIST Technician (the only female tech, at that!), Rope Rescue Technician, and Team Leader; has just completed her Primary Care Paramedic Program; and is also a part-time paid patroller at Mt. Washington Alpine Resort. Janet will stop patrolling and responding to SAR calls when she commences chemotherapy treatments during the second week of January, and has had to delay beginning employment as a paramedic as well. She is now on leave from her full time employment as a Project Manager with EcoFish Research- an environmental assessment and monitoring firm. While Janet has health care benefits via her employer, some costs just won’t be covered- like supplemental drugs and therapies, accommodations while in Victoria for chemo or radiation treatment, Andy taking leave from his employment as a Biologist to support her, and many many more.

Right now she feels (mostly) strong and is mentally preparing for the challenges the next half-year or more will bring. Andy and Janet know that they will need support going forward and have been wrapping their heads around accepting help, so let’s help these awesome humans out!

Thank you all for your love and support. It’s truly incredible to see so many folks from all the communities she has been a part of rally around her as she takes on this new challenge.

The page you requested could not be found. Try refining your search, or use the navigation above to locate the post.

climbing out of the what-if hole

I wrote this first part in early August.... As I near the end of the acute phase of cancer treatments I'm lifting my head to look around and beginning to acknowledge that what-if hole that was too scary to look into during treatment. The one that whispers in the dark...

Better days are ahead

Fifteen radiation treatments started July 20, two months after surgery and after a month of a life that felt pretty darn normal. This has been the most emotionally challenging step thus far which is weird since it's a pretty easy ride in terms of the physical parts....

I've started and stopped this blog post multiple times in the past month. There are days when I almost forget that I'm still in the middle of cancer treatment, which is a good thing, but then things like doctor's appointments or the swelling in my left armpit creep in...

"No surprises" is what I heard each from my general surgeon, plastic surgeon and GP as I lay in my recovery bed the day after surgery. Big sigh of relief. In the back of my mind I was a little worried that I'd wake up and they'd say that they found something...

One of the ways that I deal with stress is to become very analytical. Warning, analytical medical nerdery ahead. Tomorrow (May 20) am having oncoplastic breast conserving surgery in my left breast, axillary dissection of the lymph nodes on the left side, and reduction...

It's been awhile since I posted an update, not because nothing is happening, but because what's happening has been hard to describe. A good friend who recently went through her own cancer journey suggested that I make an appointment with the counsellors at the BC...

The last few weeks have been a rough go as the cumulative effects of chemo pile up. Last week was the first time that I ventured outside in weather where it would just be silly to wear a toque (yes, those days exist Claud). I’ve been dreading the warmer weather that...

Eyebrows. Who would have thought that losing them would be so emotional. Losing all your hair? No big deal, I can rock that look. Eyelashes? Meh, I didn't really have full ones anyways. But eyebrows..... sigh, whole other story.... I haven't been a regular makeup...

Pay attention to your body

Several people have asked me how it came to pass that I found out that I have breast cancer. The truth is..... I thought I had COVID - HAHAHAHAHAHA. No seriously, I had an inflamed lymph node in my left armpit and told Andy that I wondered if I had COVID as I've had...

Leaning into the wind

I've recently given two analogies to what the process of chemo treatment feels like. One is that it's like hiking into a really strong wind and rain storm and you're constantly adjusting and readjusting things to make sure nothing goes off the rails. The other is when...